Watch live cams of their rescued dolphins, Winter, Hope and PJ, as well as an otter, pelican and turtle camera.

Be delighted by the antics of their sea otters or mellow out to the hypnotic drifting of their jellies. With ten live cams to choose from, you can experience the wonder of the ocean no matter where you are.

A world-class permanent collection is available to explore via a number of virtual tours, each of which features more than 1,000 pieces, from Di Cavalcanto to Picasso. You can expand each work to learn more about its history, creator and artistic context.

Get a dose of art and culture thanks to the virtual tour on offer from the National Gallery in London. Tour the rooms and wings and zoom in on the artwork to see some of the highlights.

Since it opened in 1969, the Seoul Museum of Modern and Contemporary Art has established itself as an institution focused on celebrating modern art from Korea and overseas. Its four branches include Gwacheon (the main museum), Deoksugung, Seoul and Cheongiu, which opened in January last year.

View and find out about over 70,000 works of art from the various Tate Art Galleries around the UK.

There is also a Tate website dedicated to children where they can explore, make or take part in games and quizzes

Travel to Paris, France to see amazing works of art at The Louvre with this virtual trip. Click here for a more general view of the building.

At the Van Gogh Museum in Amsterdam, Netherlands, you can get up close and personal with the impressionist painter's most famous work.

Take a look around and discover the secret annex where Anne Frank hid for more than 2 years during WWII and where she wrote her diary.

While there’s no walkthrough experience, the Rosetta Stone and Egyptian mummies are just a couple of things that you're able to see on a virtual tour of the museum.

Visit a diverse range of sculpture, painting and decorative arts from among the 200 works featured in the Google Art Project. Through the Street View function, users can tour six of the American art galleries, including the De Young museum, with a 3D zoom experience that allows you to learn more from curators via video and audio content.

The Met’s award-winning series of six short videos affords the kind of access and perspective usually not available to the public. You can choose to have the gallery all to yourself or experience the hustle and bustle via a time-lapsed space… you can even float above the Met’s cloisters for a bird’s-eye view. This is a fantastic opportunity to explore an iconic space in an unprecedented way.

The Louvre isn’t the only historic Paris museum with an online tour. With the Musée d’Orsay’s virtual exhibition, you can stroll through opulent architecture and see works by famous French artists including Van Gogh, Monet and Gauguin.

At the Natural History Museum in London, find answers to your big nature questions and uncover the history of life on Earth, from the smallest insects to the largest mammals.

Travel to Angkor Wat in Cambodia through 3D simulations of temples and 360 videos.

Visit the ancient citadel of Athens, Greece: The Acropolis, with a virtual tour offering 360o views and explanations of some of the fascinating history.

Barcelona’s Camp Nou Stadium: visit the entrance, the pitch, the boxes, the locker room and more.

Get a sneak peek of Canterbury Cathedral's incredible architecture and beautiful artefacts in this extensive tour which offers a floor plan, where you can select the rooms you're interested in for 360 camera views.

Explore the rugged landscape around the Giant’s Causeway in Northern Ireland.

This Virtual Tour of the Great Wall of China is beautiful and makes history come to life.

Take a virtual tour of the world-famous Pyramids of Egypt. You can even see the Sphinx and inside the Mastaba Tombs.

Take a virtual walk through the iconic Roman baths, in Bath, England. Explore the Great Bath, heated rooms, plunge pools and the terrace. You can even take a virtual tour of some of the museum exhibitions.

Shakespeare's Globe Theatre can be enjoyed with an interactive 360 virtual tour, with photos, videos and audible wonder to guide you.

Take an interactive tour of Stonehenge with 360 views from inside the monument. Select the hotspots to find out more.

Stroll along the iconic gardens of the Taj Mahal in India or view some great aerial shots of the monument and the surrounding city of Agra.

The Sistine Chapel, St. Peter's Basilica and Raphael's Room, are just some of the sites you can see on the Vatican's virtual tour of their 7 museums. Here’s a 360 experience of Vatican City itself, including St. Peter’s Square. 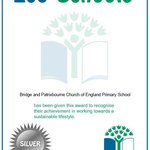 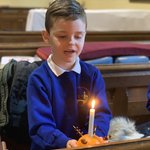 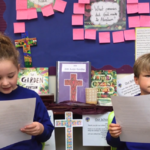